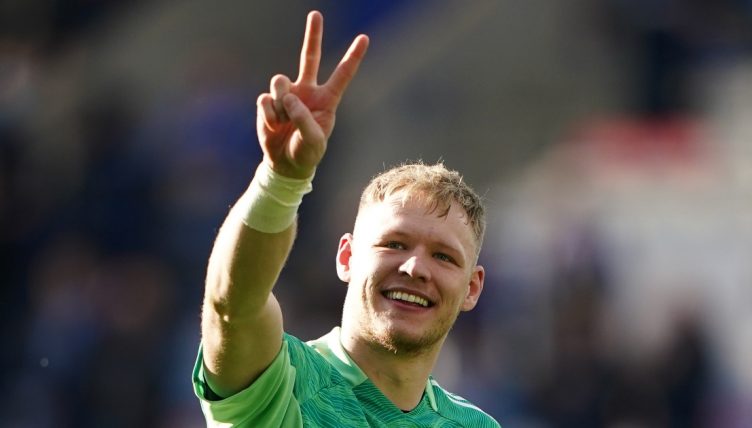 For years now,Arsenalhave been regarded as a soft touch. A team you get at, unsettle physically and bludgeon into submission.

Managers such as Sam Allardyce and Tony Pulis would smack their lips when they saw Arsenal roll into town. Strikers like Didier Drogba and Diego Costa would tuck into the Gunners defence with the relish of a sumo wrestler entering a hot dog eating contest.

With a side so flaky that Cadbury’s have considered suing them under the Trade Descriptions Act, Arsenal have seen their fortunes decline over the past decade or so.

One of the major reasons for this has been the absence of shithousery that’s underpinned by fierce competitiveness and a never-say-die attitude. And no, Granit Xhaka doesn’t count.

Arsene Wenger’s best teams possessed this quality, knowing they could play you off the park but prepared to roll up their sleeves and battle if need be.

And, finally, Arsenal have found a player in that vein. Step forward, Aaron Christopher Ramsdale.

Ramsdale was Arsenal’s matchwinner at Leicester on Saturday afternoon, making a string of saves to keep the FA Cup holders at bay.

But, technical excellence aside, what Ramsdale brings to this Arsenal side is the competitive edge that’s been lacking since chart music was produced by The Neptunes and Premier League highlights were shown on ITV.

As the 23-year-old prepared to take a goal kick following another excellent save around the hour mark, the Leicester fans behind his goal collectively cleared their throats and gave Ramsdale a time-honoured “ohhhhhh”.

Giving the fist bump of a city stockbroker whose just salvaged a million-pound contract, Ramsdale was thoroughly in his element.

Here was a man who didn’t give a solitary eff about the possibility karma would bite him on the arse such was the belief in his own ability. A man whose shithousery, underpinned by a vast reservoir of self-confidence, is what Arsenal have been craving for years.

Ramsdale to the Leicester fans during the matchpic.twitter.com/KyP3EXWyTV

After the 2-0 win,which Ramsdale celebrated with a theatrical bow to the Leicester supporters, he explained why he’d decided to join in with the chant.

“我只是觉得我应该随它去!我已经错过了it over the course of Covid,” he told talkSPORT after the game.“I think it makes me play better, it makes me prove a point, it helps me prove someone wrong.

“It raises my concentration levels. If I’m giving a bit to them and I make a mistake I know I’m going to get absolutely slaughtered. I can’t let anything in if I’m giving them a bit of banter.”

Without overlooking his ability to keep the ball out of the net, this is what rebooted Arsenal Mk 2.1 have needed.

A man who thrives under pressure and in hostile atmospheres. A man who cannot be bullied and somebody so assured of their own skill that taking the time out to wind up the opposition doesn’t take anything away from his game.

With a bastard like Ramsdale in the side, Arsenal cannot be regarded as the soft touch they once were.

Can you name every goalkeeper to play for Arsenal in the Premier League?